How to Avoid a Cross-Cultural Blunder 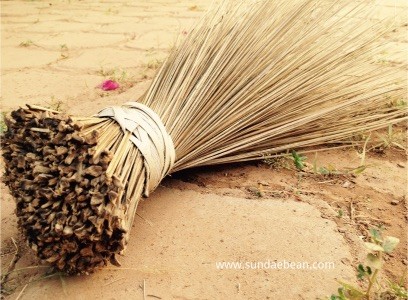 How to Avoid a Cross-Cultural Blunder

If you have caught the international news recently, you may understand why it is an exciting time to be in Burkina Faso. On 21 October 2014 the Burkinabégovernment agreed to send a controversial bill to the National Assembly. One week laterhundreds of thousands of Burkinabé took a stand against this proposed change because a modification to one paragraph in the Constitution would have allowed for the possibility to extend the 27-year reign of Present Blaise Compaoré by up to 15 more years. By October 31th, the popular uprising grew so strong that Compaoré stepped down [1]. The entire nation is now waiting to see what the future holds.

As I watched these historic events unfold I was struck by moments in which the Burkinabétransformed everyday objects into powerful messages of discontent or solidarity. Women staged a demonstration in the capital, holding spatulas in their hands – a sign of defiance [2]. A day after the burning of the National Assembly Building protesters took to the streets with brooms to literally clean up the mess that had been created – a sign of national solidarity and pride [3].

A spatula. A broom.

No longer household objects – but part of a revolution.

These are reminders of the power of symbolism. A reminder to those of us involved in international business that meaning, culture, and power are tightly intertwined.

Working in a global context requires diligent consideration of the role of culture; therein lies the potential for multiple interpretations of a symbol, a message or an initiative. You don´t need to look far for examples in international business where a lack of awareness resulted in heavy business loss. Authors Kardes, Cronley and Cline illustrate in their book, Consumer Behavior,a company´s failure to consider a soft drink´s six-pointed star label as a pro-Israeli symbol. This oversight resulted in a refusal to buy this product within the Arab market. You can also Google “cross-cultural marketing blunders” and stumble upon examples of expensive mistakes with embarrassing outcomes.

Humans are essentially meaning-making creatures, and culture heavily guides the meaning placed on symbols, events and communication. Charles E. Osgood´s research [4] has helped us understand how we respond to such symbols:

The answers to these questions are contingent on culture and determine whether, for example, PR, advertising or a new product is accepted wholeheartedly or completely rejected. Don´t leave the meaning of your messages up to chance. Here is how you can avoid expensive mistakes—and work toward more universally resonant messages:

Train your people to apply cultural awareness and sensitivity in their role.

2. Mindfully ensure there is cultural diversity among participants for projects which are centered on meaning making:

Integrate opinions from multiple regions or from individuals with diverse perspectives early on. Not only will this help you avoid costly mistakes down the road, feedback from a diverse group of individuals will allow you to see how the message resonates differently among the group. Keep these key stakeholders involved intermittently throughout the process. If you are part of an organization with no such formalized process, do it anyway using your informal network. It may be as simple as a ten-minute “check in” call with a colleague from another region.

You dramatically reduce your chances of making a major cross-cultural blunder and increase your likelihood of success by being diligent in your awareness of the power of a symbol and how culture drives the meanings that get made of our messages.

Join me in the comments section of my blog and share a real-life example of how a symbol, message or product was (mis)interpreted.

Sundae Schneider-Beanis a consultant for intercultures, based in Ouagadougou, Burkina Faso (West Africa). Sundae helps individuals meet their toughest intercultural challenges with clarity, strength and wisdom. She supports organizations committed to building globally-skilled human capital. To learn more about these issues, check out her publications on https://sundaebean.com

The above article was included in our MONTH YEAR Quarterly intercultures E-Newsletter.